The Allenair Corporation started in 1945 by Alton K. Allen and was known as “A. K. Allen Co” working out of a rented basement in Brooklyn, NY. It all started with an old worn out lathe someone gave him and a used drill press.  Alton began making air cylinder parts for various companies. After acquiring an engineering degree from Columbia University, Alton used that knowledge to design a rotary index table powered pneumatically with an old hydraulic cylinder. This was the start of the Allenair Corp. He soon outgrew the basement and moved into a store front on Ft. Hamilton Parkway, still in Brooklyn. Alton started to make air cylinders to power his rotary index tables and the rest is history. Within two years, the company needed more room and moved into a vacant factory on Meserole Ave. in Brooklyn, NY. In 1958, Alton made his final move to 255 East Second St. In Mineola, NY. Over the years, the company kept expanding to its present size of five acres under one roof. The name Allenair became synonymous with quality. 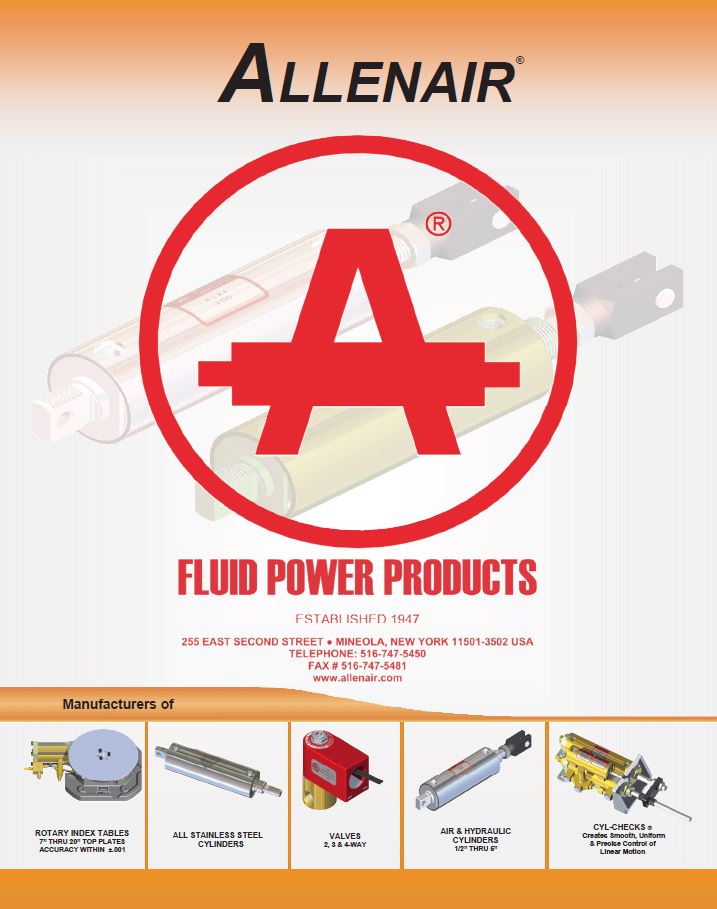